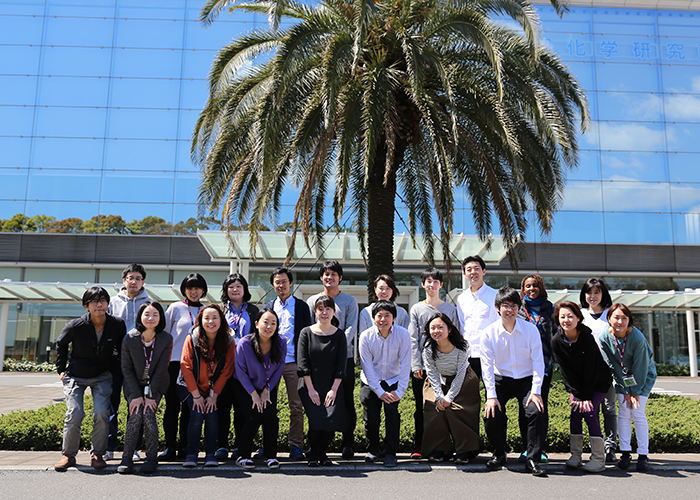 The Laboratory for Innate Immune Systems conducts research focused on “Group 2 innate lymphoid cells (ILC2),” which were first identified by our research group and reported in 2010.

ILC2 were discovered in “Fat associated lymphoid clusters (FALC)” and initially called “Natural helper cells”. ILC2 do not express maturation markers and antigen recognition receptors present on other immune cells, and are involved in helminth expulsion and allergic diseases through rapid and strong production of type-2 cytokines such as IL-5 and IL-13 in response to IL-25 or IL-33, which are released from injured epithelial cells. While Th2 cells, which are known to be another major source of type-2 cytokines, are activated in an antigen-specific manner, ILC2 are activated in innate immune responses without antigen recognition. 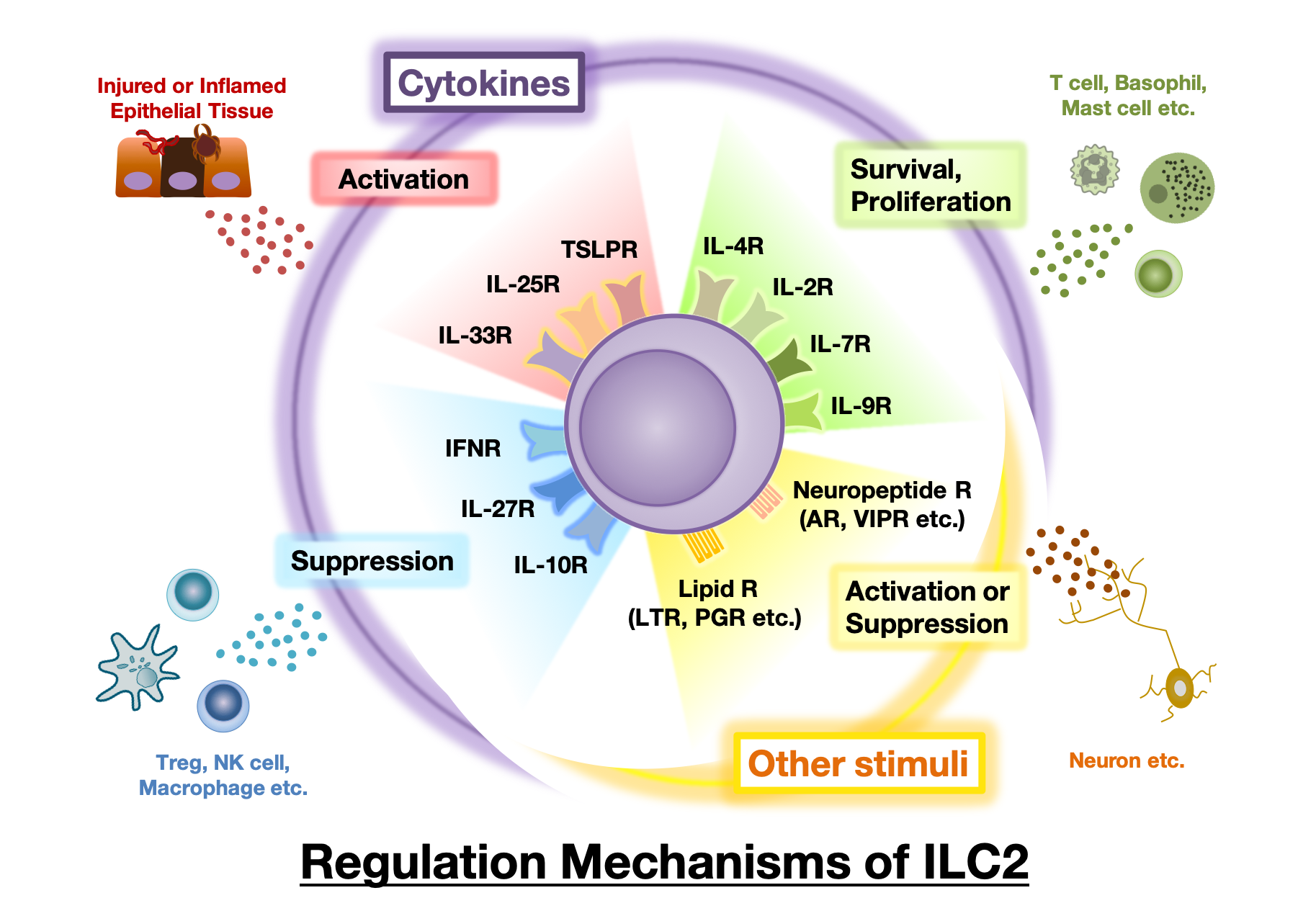 The discovery of ILC2 introduced a novel concept about a group of helper type of lymphocytes that act in innate immunity, which are now collectively termed Innate Lymphoid cells (ILCs). ILCs are divided into three subsets; ILC1 that produce IFNγ to fight against virus infection and cancers, ILC2 that produce IL-5 and IL-13 during parasite infection and allergic inflammation and ILC3 that produce IL-17 and IL-22, important in autoimmune diseases.

The development of Th cells requires several days following antigen encounter. In contrast, ILCs are tissue-resident cells that have already reached maturation. Therefore, ILCs not only respond rapidly to antigens, but participate in the maintenance of body homeostasis.  Particularly, ILC2 are known to reside in tissues such as fat, lung, gut, skin, muscle, bone marrow and brain, and to be involved in the regulation of several diseases other than allergic inflammation, such as obesity, fibrosis and autoimmune disorders. Furthermore, many recent reports demonstrated that ILC2 interact with non-immune cells. For example, ILC2 are known to participate in tissue repair through production of IL-13 which induces the proliferation of tissue stem cells and epithelial cells. Moreover, ILC2 are located very close to peripheral nerves and have been shown to be regulated by neurotransmitters. ILC2 are present in both mouse and human tissues and many researchers are currently focused on the clinical usefulness of ILC2 in human diseases.

Our current research interests include the mechanisms for differentiation, signal transduction, and activation or suppressive pathways for ILC2, and investigation of how ILC2 influence other cells and/or what cell types regulate ILC2 function. Moreover, we are analyzing the involvement of ILC2 in many kinds of disorders such as allergy, fibrosis and metabolic diseases in order to identify novel approaches for prevention and treatment by targeting ILC2. 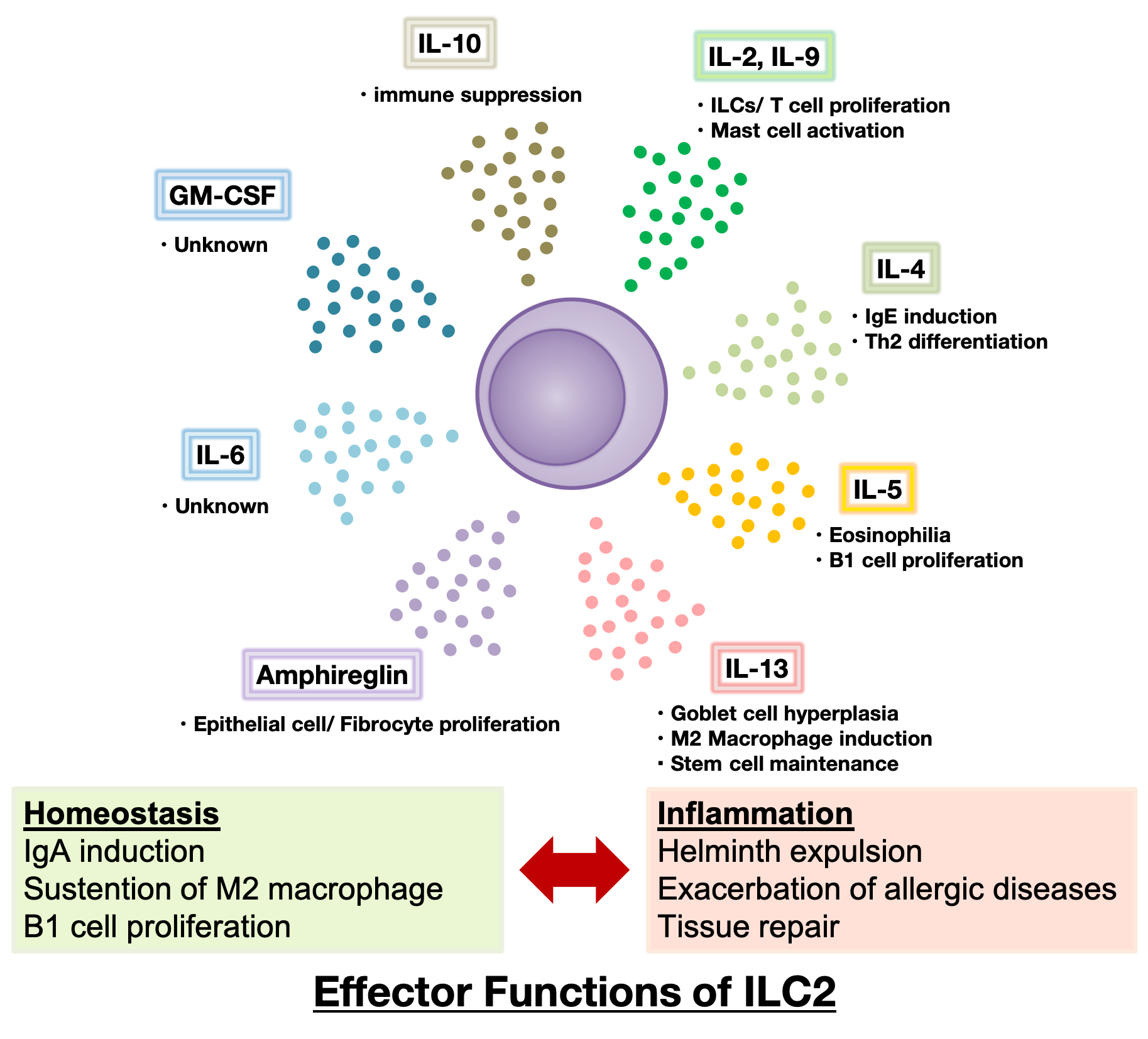