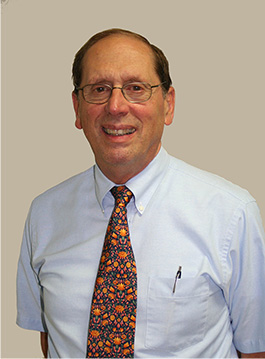 Photo: Dr. William E. Paul at RCAI in 2005
It is very sad and a great loss to IMS that Dr. William E. Paul passed away on September 18th, 2015. Dr. Paul was a member of the Advisory Council of the Center for Integrative Medical Sciences (IMS, 2013-2015) and of the former Research Center for Allergy and Immunology (RCAI, 2004-2013). In his role as an advisory council member, he visited the Center in Tsurumi, Yokohama almost every year.

Because of his expertise in the fields of cytokine biology and allergy, Dr. Paul was an invaluable supporter of the Center's allergy-related research projects and researchers. He was a textbook of knowledge of immunology and maintained a global view of the field, thus he was always able to give critical but encouraging comments and advice on any research project. We learned from him the importance of basic science and the establishment of proof of concept in translating basic research findings to humans. We always had to consider how to tackle global cutting edge science and to compete with major laboratories throughout the world with our limited resources. Following his advice, IMS created strong central research facilities (Animal Facility, FACS Lab, Imaging Lab and Genomics Lab) that gave IMS laboratories access to state-of-the-art technologies and excellent experimental support. For our ENU (N-ethyl-N-nitrosourea) mutagenesis project, without his critical advice on how to deal with the low mutation rate we would not have succeeded in isolating the Spade mutant mouse, which has an atopic dermatitis phenotype. We also learned from him the importance of considering human immunology, even though most of our experiments were done with mice.

Dr. Paul was a wonderful advisor, not only to IMS researchers but also to many other Japanese immunologists. The Japanese Society for Immunology was established in 1970 and Japanese immunologists started to study abroad in the 70's. Many of those pioneering Japanese immunologists visited Dr. Paul in his NIH laboratory at the National Institute of Allergy and Infectious Diseases because of his deep knowledge of immunology and because he was very fair and open to anyone, even young inexperienced researchers. Without his help, immunology would not have flourished in Japan like now. Dr. Paul was a very compassionate human being. In 2011, we experienced the Great East Japan magnitude 9.0 earthquake. Dr. Paul was one of the advisory council members who immediately contacted Dr. Taniguchi, then Director of RCAI, and with their help, the Center launched a systematic effort to provide research supplies, biological samples, and mice to the affected laboratories, as well as support for graduate students and researchers to attend immunology meetings.

We will never forget what Dr. Paul taught us and his warm words always with a smile. In his honor, IMS will move forward to pioneer a new era of human immunology research in combination with human genetics and genomics.