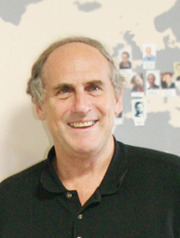 Ralph Steinman, Professor of Rockefeller University, received the Nobel Prize for Physiology and Medicine on October 3, 2011. However, to our great regret we were soon informed that he passed away on September 30. We mourn his death and express our deep condolences to his family.

Ralph, who was famous as the discoverer of the dendritic cell, visited RIKEN every year. RCAI was founded in 2002 but began its research in 2004, and he contributed to its development since then as an Advisory Committee member.

The RIKEN RCAI Advisory Committee is a two tired systems: one is the annual scientific review meeting, whose main purpose is to mentor young PIs, and the other is to evaluate the Center's management and future direction every 2 to 3 years. Ralph always respected the ideas of the young scientists, offering positive and constructive advice and suggestions with a very broad perspective. He repeatedly proposed a plan to promote internal collaborations to nurture young researchers by constructing a support system within the center. He was also a strong proponent of human immunology as a future direction for RCAI.

We also established the Young Chief Investigator Program as a tenure track system at RCAI. In this program, we appoint researchers less than 40 years old to positions guaranteed for 7 years and provide mentoring support by 3-4 senior PIs inside or outside RIKEN. In the 5th year, YCIs are reviewed by the Program Committee for possible promotion and also for the relevance and value of their research projects to the future core research programs at RCAI. In 2011, we selected three researchers, whose previous research fields are mathematics, neuroscience and epigenetics. The YCI program is also linked to MIWI, with programs designed to nurture young scientists in interdisciplinary areas of research.

RCAI planned to hold the Advisory Committee meeting this August in Yokohama, but it had to be replaced with an email review because of the cancellation caused by the major earthquake that struck the Tohoku area. Instead of inviting the Advisory Committee members to Yokohama, in June we asked them all to submit comments and an evaluation of the RCAI Future Plan, Reorganization Plan, and Terms of Reference by the RIKEN President. Even though the document sent to the committee members consisted of more than 100 pages, Ralph sent back his report within one week in the beginning of July. He made valuable suggestions about how RCAI should approach human immunology in order to step into the next new phase and also to establish a system to nurture young scientists.

We strongly wish to establish this new and unique current of human immunology and the young investigator program through MIWI and to develop it to realize Ralph Steinman's vision. 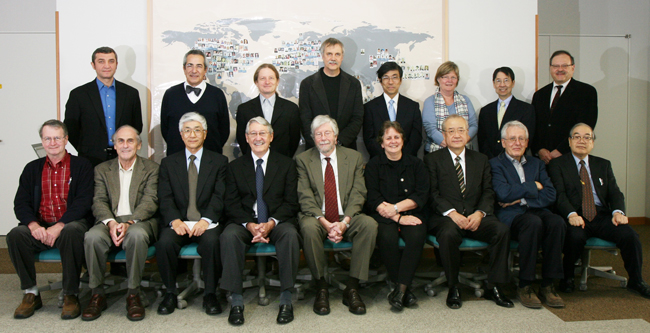