Welcome to the Laboratory for Immune Cell Systems 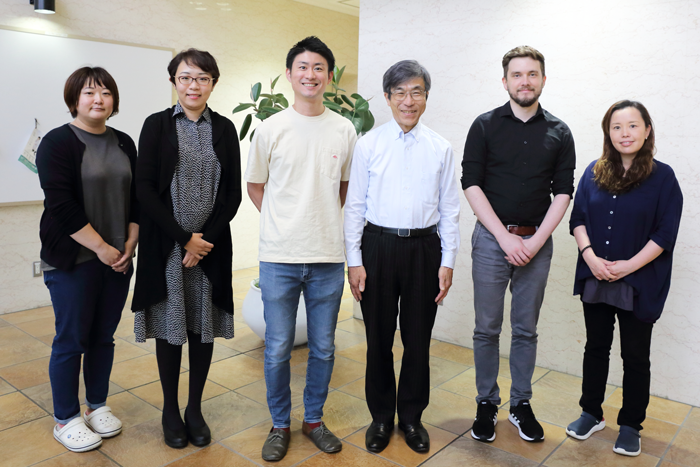 The immune system is pivotal not only for fighting against various infections but also for regulating the homeostasis of numerous tissues and organs. Our research group focuses on the role of natural helper (NH) cells, a new innate lymphocyte that we recently identified, in the regulation of inflammation and tissue homeostasis.

NH cells are a member of type 2 innate lymphoid cells (Group 2 innate lymphoid cell; ILC2), which are distinct from previously known lymphocytes such as T cells, B cells, and NK cells. NH cells are localized in fat-associated lymphoid clusters (FALC) and express c-Kit and Sca-1 but are negative for lineage markers, which are expressed on various hematopoietic cells. NH cells also express several cytokine receptors such as IL-2R, IL-7R, IL-25R and IL-33R. IL-25 and IL-33 are known to induce type 2 immune responses during helminth infection and allergic inflammation. NH cells constitutively produce IL-5, IL-6 and IL-13 and produce large amounts of IL-5 and IL-13 in response to a combination of IL-2 + IL-25 or IL-33 alone, which induces eosinophilia and goblet cell hyperplasia that exacerbate allergic symptoms. 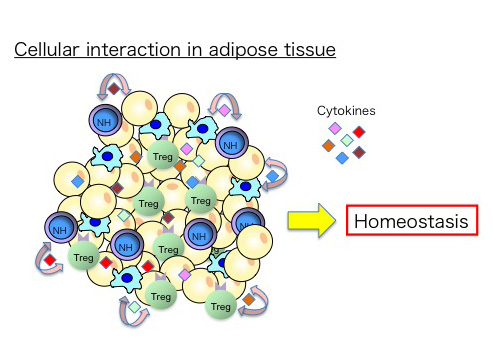