It has been noticed that severe cutaneous adverse drug reactions (ADRs), including Stevens-Johnson syndrome (SJS) and toxic epidermal necrolysis (TEN), occur at a much higher frequency in Asian populations. In the case of the anti-epileptic drug carbamazepine, the US FDA now recommends preemptive HLA-B∗15:02 genetic screening for Han Chinese and other Asian populations with a high prevalence of this allele, which is associated with the SJS-TEN caused by carbamazepine therapy. To tackle this problem regionally, in 2012 we established the South East Asian Pharmacogenomics Research Network (SEAPharm) together with five other Asian countries (Korea, Indonesia, Malaysia, Taiwan, and Thailand). Membership has been steadily increasing, with Singapore joining in 2014, Vietnam in 2016, and Nepal, Laos and the Philippines in 2017. This year, SEAPharm has two newcomers, Brunei and Myanmar, on the team.

The aims of the collaboration are to identify genomic biomarkers associated with ADRs, such as skin rash induced by anti-epileptic drugs and antibiotics and hepatic injury induced by anti-tuberculosis drugs, to provide technical assistance and training of young researchers from the SEAPharm member countries, and to hold international seminars and workshops. Recently, SEAPharm has started a new project involving next generation sequencing of 1,500 genomic DNA samples from 10 countries to clarify the genetic diversity of drug-metabolizing enzymes and drug transporters in individuals from Southeast Asia, Sothern Asia, Middle East and Southern Europe. The discoveries from these collaborative efforts will lead to the establishment of stratified medicine based on genotype-guided drug therapies. 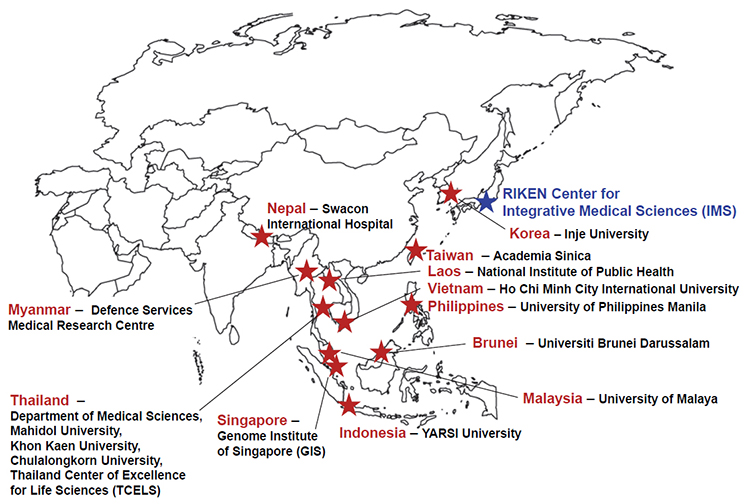